Why having a cell phone charging station at your event is kind of important.

I believe this is a universal thing (though one can never be sure if a personal experience is really felt by others or not), but sometimes it seems life reminds me why I took the career path that I did. This can be an obvious reminder, or it can be subtle. Just a few days ago, I got one of those reminders. A big one. One that hit me over the head like a ton of bricks weighed down by a fleet of cell phone charging stations (that, my friends, is foreshadowing).

There I was, having the time of my life. Beer was flowing, the weather was fantastic, and I was waiting for the legendary Black Sabbath to take the stage. Having missed their earlier reunions for one reason or another (none of which seem that important looking back), I could not wait to hear “War Pigs,” “Paranoid,” and “Never Say Die” from the legendary pioneers of hard rock. I also could not help but look forward to sharing the video of the performance with envious co-workers and any not-so-envious dates (most of whom would rather see Drake any day). I mean, this is why I paid $600 for an iPhone. So I could have this moment forever! 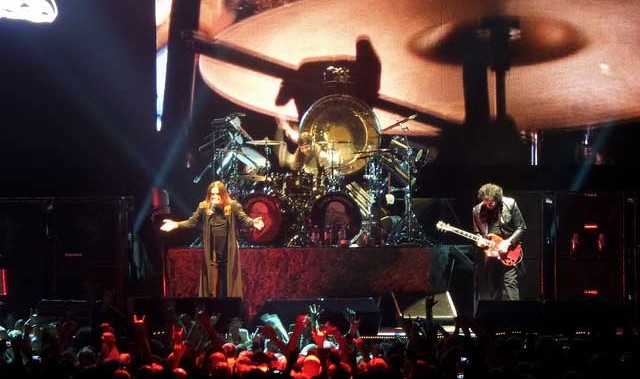 Then it happened. During the opening act, I look down and see my glorious iPhone has only 10% left. Not even enough for four songs, let alone the whole set. Luckily, I still had 45 minutes. Easily enough time to charge it up. I just had to find a phone charging station, and quick!

I went searching…and searching…and searching. It didn’t take me long to realize that the event’s promoter wasn’t with the times. Hell, he wasn’t even with the times five years ago! Not one phone charging station in sight. I tried to plug my device into the electrical area used by the vendors, but the biggest and burliest security guard I’d ever seen (this is Black Sabbath after all) told me to steer clear.

After I navigated my way around this mountain of a man, I figured I’d go to my car to charge it, just to find the event had no in and out privileges. No luck there.

I had nowhere to turn to, so I grabbed another brewsky to help calm my saddened nerves, and saw another fan, the biker type, next to me in the same predicament. He was trying to charge his phone with a portable charger that I’m assuming was not working (I assume this because he was banging it against the table spouting expletives that would have made Andrew Dice Clay blush in his prime). I look to my other side and overhear a couple arguing over whether they have enough juice to take a pic and still be able to use GPS on the ride home. The struggle is real, my friends.

And this brought back why I started working in the trade show display business in the first place. The reason is simple: there are things that I, and others like me, want to have at events. Whether that is great looking banners and exhibits (such as the ones found at conventions), literature and storage racks to hold materials in an easy-to-see fashion, or (as in this case) a freaking phone charging station so that I can fully enjoy myself at an event, I started working with Exponet USA to distribute services that are absolutely necessary for an event to be a smash.

Seriously, if this promoter had just called me two days prior to the event, I would have had a phone charging station to him in 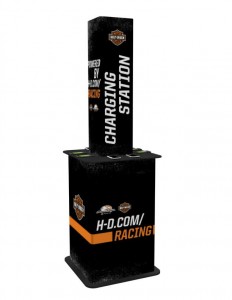 time. Hell, for Black Sabbath, I would have even cut him a special deal (even more so if I could meet the band). But, no. He either forgot, or didn’t think it would be an issue, or didn’t understand how people used cell phones these days. Either way, it was the same. I, and the angry biker, and the couple next to me were all suffering because he didn’t care to handle business. Now, I would not be able to show off to co-workers, nor bore any dates to death, with a video of the legendary rock outfit.

The rest of the show was okay. Black Sabbath kicked as much butt as one would expect, the beer kept flowing and the crowd gave an energetic response to every song. But still, something wasn’t right inside of me. I just kept thinking that if a cell phone charging station had been set up, I could have easily had 10x the fun I had. And so could others in the audience.

That was the ton of bricks I mentioned earlier. I realized again why I do what I do. I do it for me. I do it for you. I do it for other fans who want to enjoy an event to its FULLEST potential. I do it because, in this day and age, it’s needed.

I truly hope a cell phone charging station becomes mandatory in the future. I have more shows to go to, as I’m sure you do, and do not want my daughter to miss any more boring videos due to lack of phone charging kiosks.

So, if you’re a promoter who is not sure how to get one, give me a call; I’ll hook you up. And if you’re with a band as great as Black Sabbath, you might even get a special discount.