You can’t afford to ignore social media any longer. Instead, incorporate it into every aspect of your trade show experience.

You’ve got your banners and product samples. You’ve booked your flight and looked up the bars closest to your hotel. You’re ready for you next trade show. At least you think you are.

You’ve prepared everything else, but have you prepared your social media profiles? I’ve come up with a method for how you should use your social media to generate booth traffic and sales. If you do it right, your posts can get you in the minds of attendees and consumers before the show even begins and stay there long after it’s ended.

How to Generate Pre Show Buzz

You want to start early with your tweeting and posting, at least 2 to 4 weeks before the show’s opening day. This pre-show publicity will get people excited for your booth long before they even arrive at the show.

1. Reach Out to Influencers

If you’ve never heard of influencer marketing, you’re missing out. Using social media, influencers help brands target specific demographics through their audiences. If you identify some of your industry’s popular influencers who are also attending the expo, you can invite them to stop by your booth (or grab a drink, it’s up to you).

The best way to invite them is through Twitter or Instagram, as those are two of the largest platforms used by influencers. As well, by interacting with them on social media, their followers will see your comment or tweet and look into your profile as a result. If the influencer stops by during the show, you can take a picture with them and tag them on your social media, driving their audience even more towards your profiles.

If you’ve releasing any product at the show, make a teaser video of it. People love watching videos, and they love new stuff. Combine the two and they’ll really pay attention to your Facebook posts.

To make a successful teaser video, it needs to be short and sweet. It needs to show just enough to get people interested, but not so much that they don’t feel the need to come see the product in person. The goal of the video is to drive people to come see you at the show so make sure you include an end screen that asks people to visit your booth.

I can’t tell you how many times I’ve seen people totally forget about posting on social media while at a show. They get busy and forget to post anything. Their profiles go dead for the entirety of the show, and they miss out on so much traffic as a result. Don’t let this happen to you cause if you forget about social media, people are going to forget about you.

A lot of social media and marketing programs have post scheduling abilities. Take advantage of them. Write up some posts and schedule them to go up while you’re at the show. It’s easy and you won’t have to worry about sticking to a regular posting schedule while you’re trying to man your booth. That doesn’t mean you shouldn’t post at all on social media from the show. I’ll be damn ashamed of you if you do that.

I said I’d be ashamed if you stopped posting during the show because I know it would mean you didn’t read the whole blog post (and that’s just rude). This section is, of course, about continuing to post throughout the expo. People want to see you at the show. You can attract their attention with the pre show posting but you keep it by continuing to post during the show. 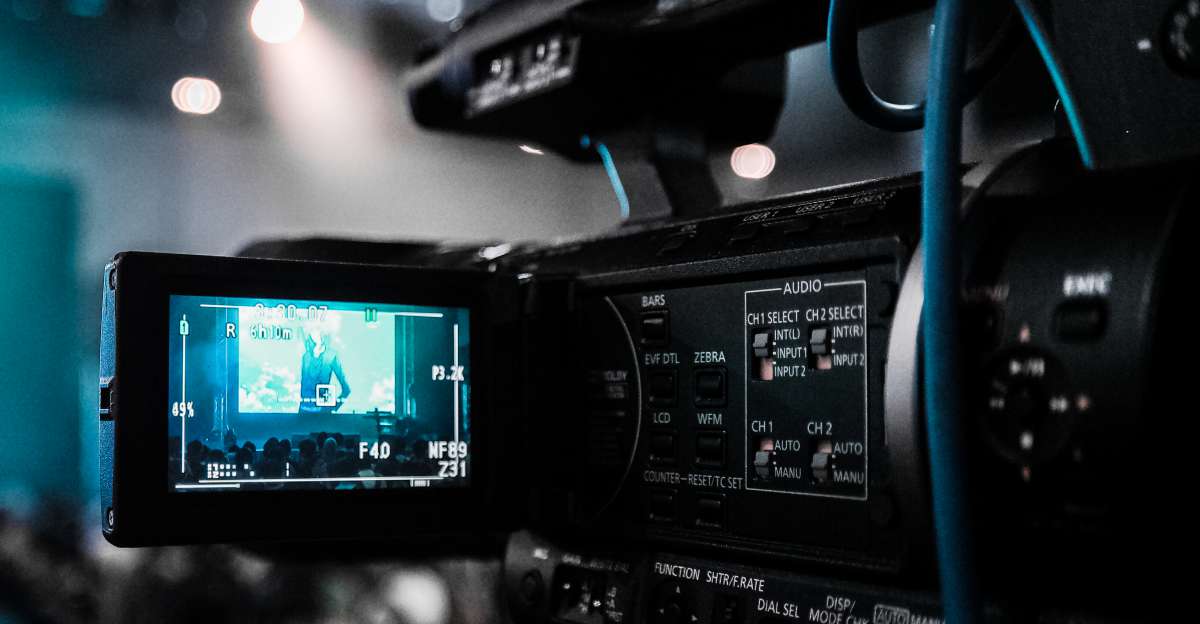 You want to keep people engaged with what you’re doing it while you’re doing. The best interaction on social media comes from new posts about things that are happening right now. Take advantage of this with live video streaming options like Snapchat and Facebook Live.

Make sure, however, you’re specific in choosing what to video on these platforms. You don’t want to videotape everything as tempting as it may seem. Pick things that are important to cover, like the release of a product or a talk in which you’re participating.

Alternatively, you can also give your Snapchat to an influencer to for the duration of the expo. Adidas Originals did this with Pharrell Williams at one of their launch events. The influencer takes their followers with them on their adventures throughout the show but on your account. It brings all their people to you, and you don’t have to lift a finger.

2. Take Pictures Of & With Attendees

There’s nothing people like more than pictures of themselves. I’d say it’s ridiculous how much people like looking at their own face, but I do occasionally enjoy looking at pictures of my own incredibly handsome face. But enough about my chiseled jaw and piercing eyes, let’s get back to the point. If you post pictures of people, they’ll look at and follow your profiles. If they’re following your profile, they’ll see your product. Easy, right?

Keep Up With The Posting After The Show

If you hadn’t figured out by now that your posting shouldn’t end with the show, I’m worried you haven’t been paying attention. If you want to maintain a social media presence, surprisingly you have to keep posting. If you want to keep your Twitter followers coming back, you have to tweet.

Keep the expo ball rolling by capitalizing on the contacts you make during the show.

People love being mentioned on social media almost as much as they love seeing their faces on it. Take advantage of that by tweeting those who stopped by your booth to say thank you. If someone spoke at the show, tweet at them to say how much you enjoyed their talk. Those people will probably tweet you back. Next thing you know, you’ve got more followers and more attention from possible consumers.

After conventions and expos, attendees will often make Facebook groups to keep in touch with people they’ve met. If you join these groups, you continue to advertise to attendees long after the show is over through discussion marketing. You can comment about and post your products in them. It’ll allow you to reach both those who didn’t stop by your booth and those who did, which will help you to build and strengthen your consumer relationships.

Feel ready to take on the digital world? Now that you know the basics, you’re ready to get out there and start posting. Experiment and see what works best with your audience. Some things work better for one industry than another. You’ll be a master at it in no time.

If you have any questions or need help with making an exciting display for your booth, let me know!